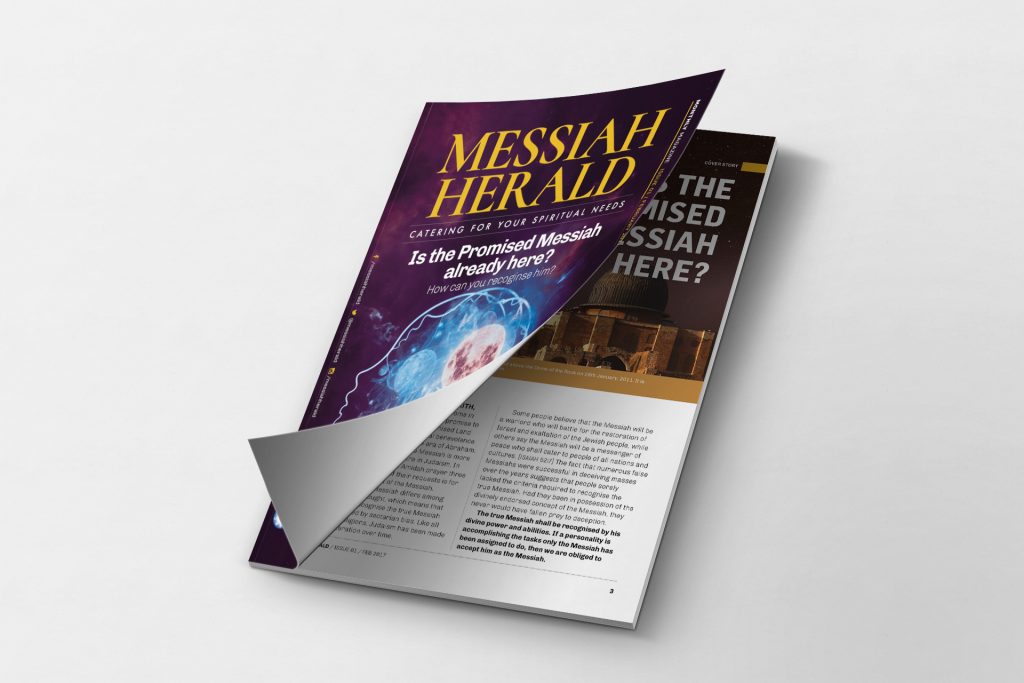 Younus AlGohar recently visited Toronto, Canada, where he gave an interview with ThatChannel.com. There, he spoke on a variety of topics including going beyond religion and becoming the character/image of God. Man receives attributes of God, which is how we become compassionate and kind. He also spoke on the concept of the awaited one in all religions.

An analysis of the sign on the Moon manifested by God to announce the arrival of the Awaited One.

– The image of Lord Ra Riaz has always been present in the Moon. It has now become prominent. In other words, there was a veil over the Moon that was lifted. The image on the Moon becoming prominent is referred to in the Quran as ‘Shaq ul Qamar’.

– Quran [41:53]: ‘In the future, I will show them my signs in the horizons and within themselves.’ He said he would show the signs, not create them. God’s signs are as ancient as God himself. Manifestation of these images doesn’t mean they’re created in the era they’re being manifested in.

– Hindu temples had idols made of gold and silver. Muslims would attack them. Mahmud of Ghazni, the thief, made 16 unsuccessful attacks on India. the reason he failed was because a dedicated worshipper would sit in Somnath Temple (Temple of the Moon God). That worshipper loved an idol which was made based on the image on the Moon; he loved it so much that it was imprinted on his heart. Only when he was killed was Ghazni successful in his attacks.

The Iranian Concept of Imam Mehdi 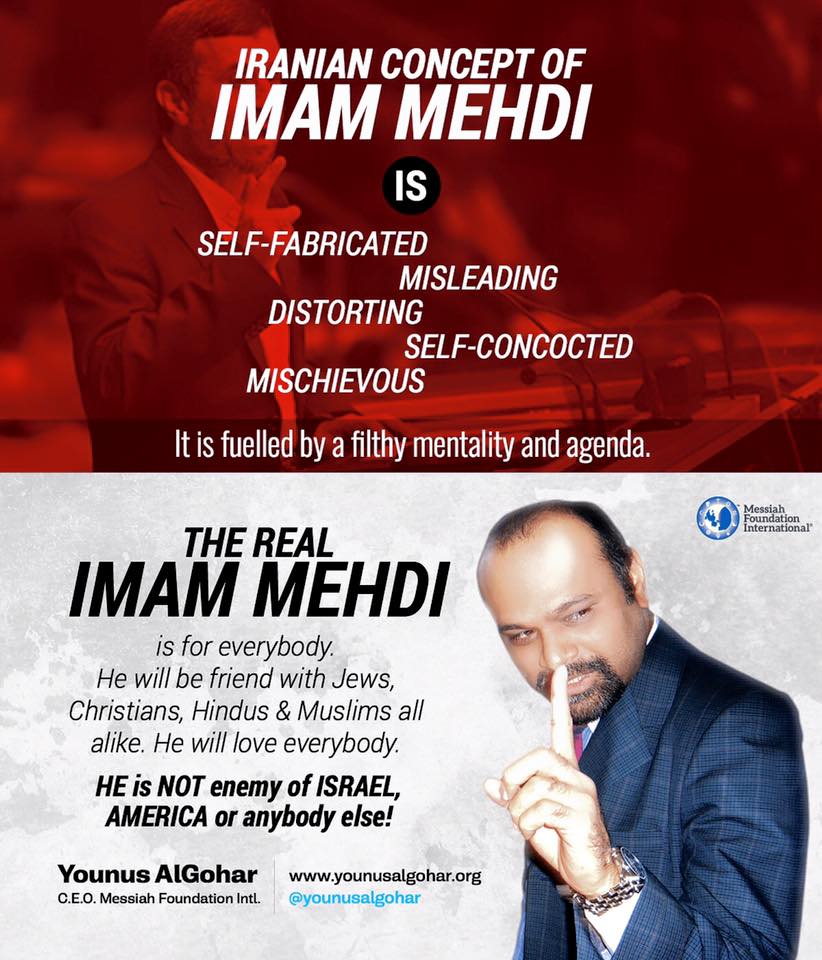 A message to world leaders: the Iranian concept of Imam Mehdi is self-fabricated, misleading, distorting, self-concocted and mischievous. It is fuelled by a filthy mentality and agenda. The real Imam Mehdi is for everybody. He will be friends with Jews, Christians, Hindus and Muslims alike. He will love everybody. He is not an enemy of Israel, America or anybody else. 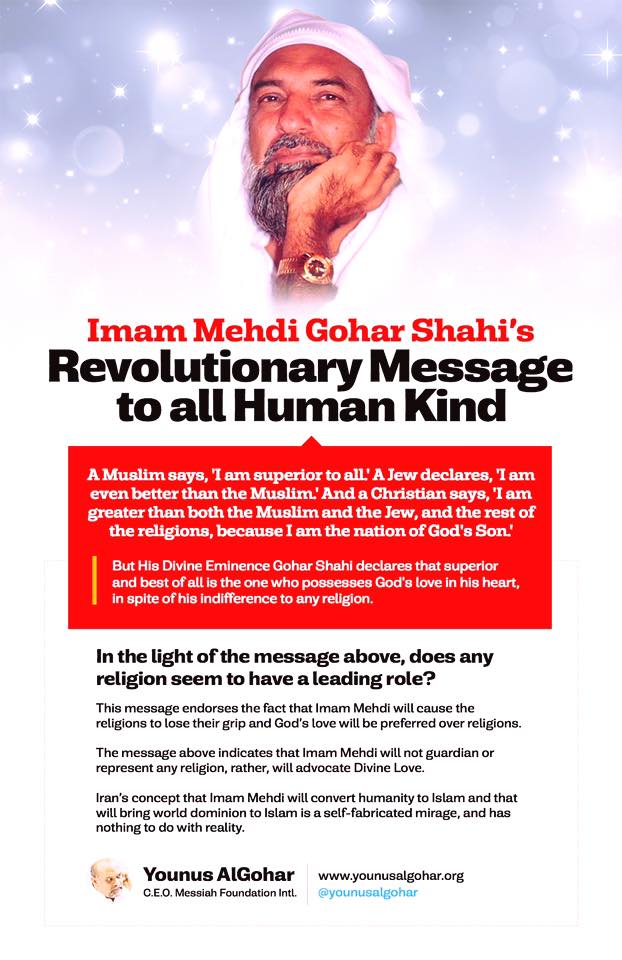 A Muslim says, ‘I am superior to all.’ A Jew declares, ‘I am even better than the Muslim.’ A Christian says, ‘I am greater than both the Muslim and the Jew, and the rest of the religions, because I am the nation of God’s Son.’ But His Divine Eminence Gohar Shahi declares that superior and best of all is the one who possesses God’s love in his heart, in spite of his indifference to any religion.

In light of the message above, does any religion seem to have a leading role?

This message endorses the fact that Imam Mehdi will cause the religions to lose their grip and God’s love will be preferred over religions.

The message above indicates that Imam Mehdi will not guardian or represent any religion, rather, will advocate Divine Love.

Iran’s concept that Imam Mehdi will convert humanity to Islam and that will bring world dominion to Islam is a self-fabricated mirage, and has nothing to do with reality.

Error: An access token is required to request this resource.
Type: OAuthException