Important Notice for All MFI Members 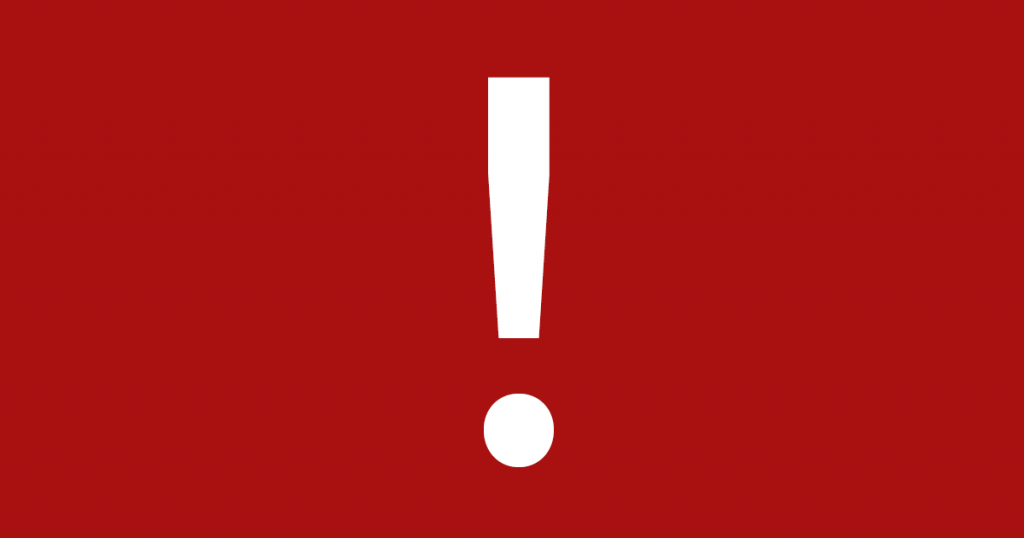 We promote Spirituality, theology, unification, love and peace. Our message is broad and inclusive and it encompasses all humanity without any reservation and prejudice. It is important that we respect all religions. Our path is the path of love. Respecting one’s own religion and rejecting others religion breeds extremism and hatred. All religions teach divine virtues and in nature all religions are sublime.

Do not degrade, disrespect and defame any human being for whatsoever reason. Do not consider anyone lower than yourself.

Crushing the ego, negating the carnal Self, subsequently embarking upon the path of purification is your lifetime struggle, this must go on for as long as you live. All vices generate by the lower self (لطیفہ نفس). Once the lower self is cleansed to perfection you will earn God’s trust.

Do not hate anyone. And do not keep the company of those who generate hatred and pollute hearts.

Beware of the imposters who impersonate a Sufi. They are those who never go through the vigorous regime of spiritual discipline and purification of the heart and lower self.

A proper and divinely appointed deputy only can guide people and connect them with God. The divine delegation is a precondition for a genuine deputy.

There are, unfortunately, many who come from the household of His Holiness GoharShahi and they are actively deceiving people under the label of Holy Blood Line (آل).

Dear friends, there are no noble births. Nobody is born holy. You strive and struggle in the way of purification and only then you become holy, whether you come from a holy bloodline or you are a commoner.

And there are those who pose to be my followers and spread unverified knowledge. Do not take anything from anybody if it doesn’t come from me. And what comes from me is either on ALRA TV channel or on our verified websites and Facebook pages. My page is available on the Facebook and it is a verified account. Anything genuine and authentic has to come from my own verified account. Do not consider anything to be verified if it is not coming from my verified Facebook page or MFI websites.

Thanks very much for your time. 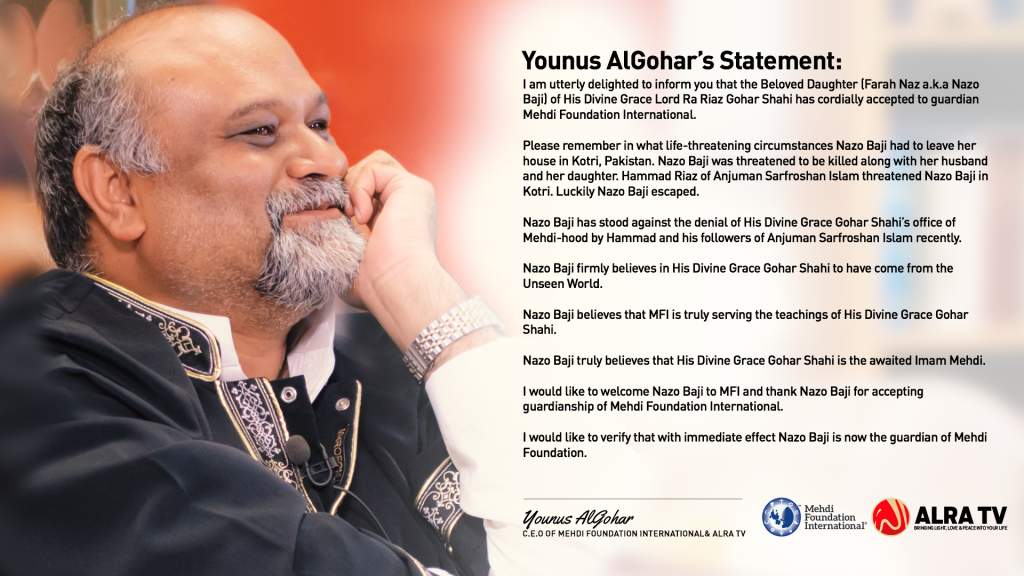 I am utterly delighted to inform you that the Beloved Daughter (Farah Naz a.k.a Nazo Baji) of His Divine Grace Lord Ra Riaz Gohar Shahi has cordially accepted to guardian Mehdi Foundation International. 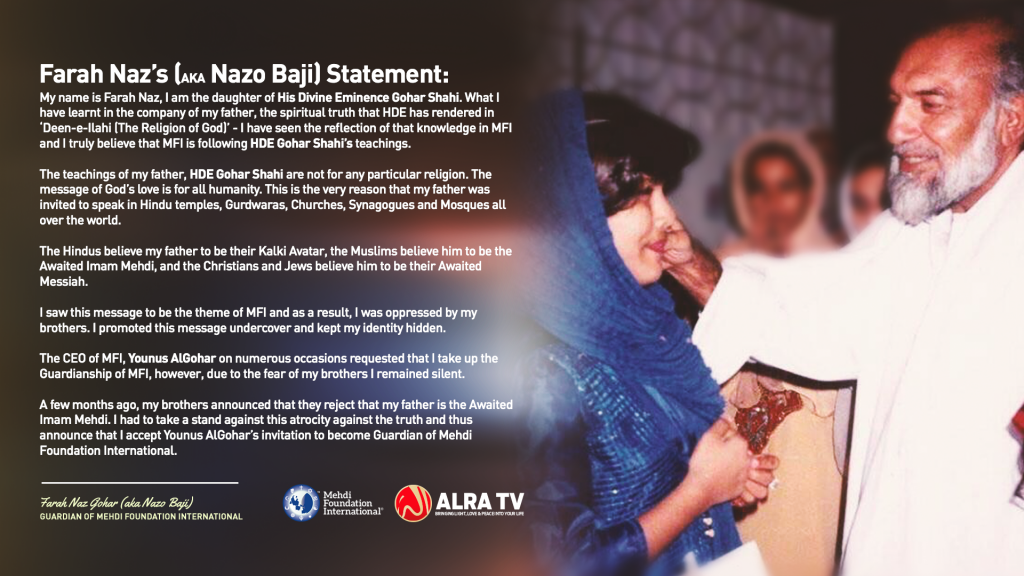 My name is Farah Naz. I am the daughter of His Divine Eminence Gohar Shahi. What I have learnt in the company of my father, the spiritual truth that HDE has rendered in ‘Deen-e-Ilahi (The Religion of God)’ – I have seen the reflection of that knowledge in Mehdi Foundation International and I truly believe that MFI is following HDE Gohar Shahi’s teachings.

The teachings of my father, HDE Gohar Shahi are not for any particular religion. The message of God’s love is for all humanity. This is the very reason that my father was invited to speak in Hindu temples, Gurdwaras, Churches, Synagogues and Mosques all over the world.

I saw this message to be the theme of MFI and as a result, I was oppressed by my brothers. I promoted this message undercover and kept my identity hidden.

The CEO of MFI, Younus AlGohar, on numerous occasions, requested that I take up the Guardianship of MFI; however, due to the fear of my brothers, I remained silent.

A few months ago, my brothers announced that they reject that my father is the Awaited Imam Mehdi.

I had to take a stand against this atrocity against the truth. Thus I announce that I cordially accept Younus AlGohar’s invitation to become Guardian of Mehdi Foundation International.