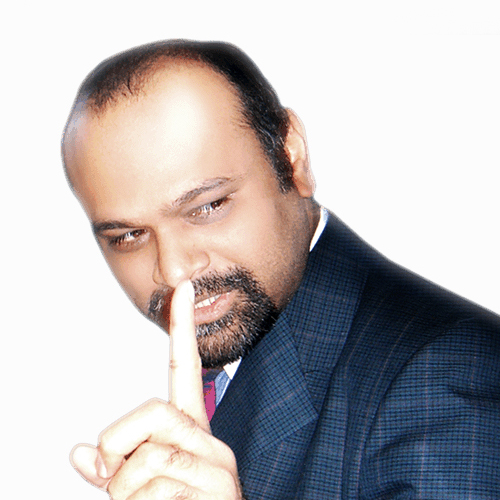 Younus AlGohar is an advocate of divine love, interfaith harmony, global peace and spirituality. He is the CEO of Messiah Foundation International. He holds master’s degrees in various subjects and is a vocal critic of religious fundamentalism. He has been recognised with the Mighty Men of Valour Award and as an Ambassador of Peace.

Born in Karachi, Pakistan, Younus AlGohar grew up practising Sufism, a mystical branch of Islam. After being thoroughly disappointed by the varying interpretations of the religion given by local clergy, he was immediately attracted to the message of his spiritual guide, Lord Ra Riaz Gohar Shahi. Lord Ra Riaz’s teachings, which promote spiritual sciences acceptable to people of all religions and backgrounds, resonated with him deeply and prompted his journey toward enlightenment.

Younus AlGohar became a close disciple of Lord Ra Riaz, under whose instruction he embarked on the Spiritual Journey. He obtained complete enlightenment and purification of the soul, heart and Ego over many years of discipline and austerity.

Soon after, Younus AlGohar was appointed by Lord Ra Riaz Gohar Shahi to take Lord Ra Riaz’s message and teachings to all four corners of the globe as His Official Representative.

Younus AlGohar has been welcomed to speak at the pulpits of various faith centres. He has delivered lectures to audiences of Sikhs, Muslims, Hindus, Christians, Jews, Buddhists and even those who do not follow any religion.

Today, he travels the world propagating the universal message of Lord Ra Riaz to transcend all cultural, religious and racial boundaries and ultimately bring all humanity into the fold of divine love.