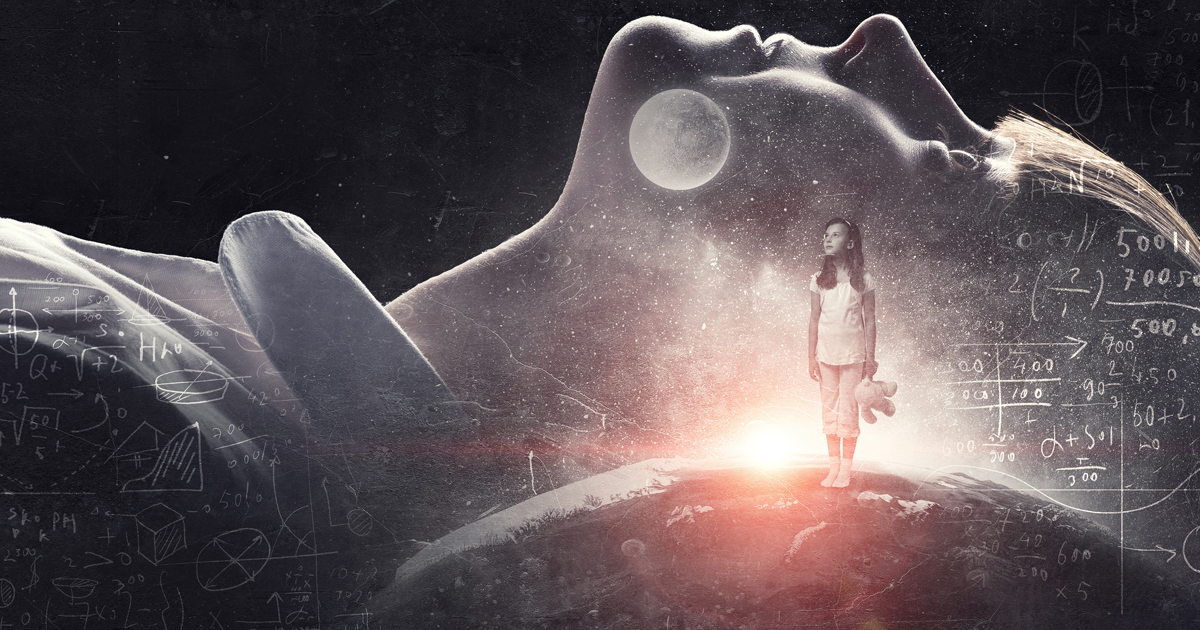 Having studied different cases relating to our intellectual well-being and welfare, the findings have astoundingly surprised me. I conclude that the human brain is so vulnerable to becoming prey to different situations where emotions play their part, and our emotional sanity is badly affected.

What happens to our mental welfare when we strive and long for certain things but don’t get them? A sense of deprivation prevails on the surface of our emotional river. What transpires in a human brain when a person has access to all luxuries and comforts in the world?

The Sense of Achievement and Sense of Deprivation

Having acquired that toy, what transpires in the faculty of the child’s emotions? What possible emotional aftermath could occur when the child’s desire is fulfilled? He must have gotten a sense of achievement.

In comparison to the child who acquired the toy of his or her desire, let’s talk about a child who had a similar desire but his or her parents were not able to afford that toy. As a result, there was a sense of deprivation felt by the child.

If this is just a single incident, whereby the child did not receive the toy from his or her parents, and when another toy is desired, it is given to the child, that initial sense of deprivation would become null and void. For the child who did acquire the expensive toy, the sense of achievement would have created this notion in his or her brain that anything is reachable. He or she begins to think, ‘I just need to say it for it to be done.’ This is where the imbalance in your emotional state occurs.

The Duty of a Parent

Once the child acquired what he or she desired, now is the time for that sense of achievement to become null and void. Next time when the child asks for even a small toy, don’t give it to him or her. By doing this, you are actually securing his or her emotional well-being. The sense of achievement the child had developed when he or she acquired the expensive toy will go down the drain when another desired toy is not given to him or her. Their emotional sanity is restored.

The sense of achievement and deprivation both go hand in hand. They are parallel to each other.

When a child is sick, the doctors tell you to give the child paracetamol – and, in intervals, give them ibuprofen. Similarly, fulfil one desire of the child and say no to the other.

Say no to one toy and say yes to the other. If you keep saying yes every time the child wishes to get something, you are actually destroying your child. If you keep saying no every time, because you think, ‘I do not have means, how can I buy anything for my child?’ this is detrimental to your child’s mental health. Even if you have to borrow some money, get your child the toy because you will be doing it for the sake of the welfare and wellbeing their emotional state.

The same goes for the adults. If you try and every time you try, you fail, this is going to have a very bad impact on your emotional sanity.

When I was in Pakistan, a friend of mine asked me to go to China with him. So we went to the Chinese embassy. He got the visa but I was refused. Then we made a plan to visit Bangladesh. We applied for a visa. He got the visa but I was refused. I was beginning to wonder, ‘Why? What’s wrong with me?’ I didn’t really realise what was going on. Then a few months later, I applied for the British visa. When I was entering the UK embassy in Islamabad, I was so nervous and paranoid; my heart was galloping like a horse. I was denied the visa once again. At this point, my emotional sanity was disturbed.

Then, I applied for the Indian visa and I got it. You can’t imagine how happy I was! I had broken the shackles – I was on the no-go list and suddenly I got a visa. My emotional rationality and sanity was being restored. Getting the visa was one thing, but the aftermath implications of having or not having the visa was another.  If I have the visa, I will have a sense of achievement, if I don’t have it, I will have a sense of deprivation. Both are aftermath impacts. I was relieved and it restored my emotional condition.

For example, every day in your business, you are losing £1000. Suddenly, one day, you make £500. You will be amazingly happy because the losing streak has stopped. That change will make you happy – not because of the monetary benefit, but because of your emotional well-being. The sense of deprivation will be gone. The sense of achievement, when you needed it, will restore your emotional sanity.

What Affects The Emotional State?

We are living in a jungle of different types of emotions. Every action and deed is directly linked with an emotion.

Everything we do will have an impact on the emotional sanity of people around us. You are the one who will make positive or negative emotions in the hearts of other people.

What you do will shape up emotions of people for you. This is the reason why some people fake what they do in order to earn positive emotions from others. In the eyes of people, they do certain things and everybody praises them but behind the scenes, something else is going on.

If the schools, colleges and universities are full, you should not expect anybody to be ignorant but even then the world is full of ignorance. Similarly, when the mosques, churches, temples and synagogues are full of worshippers, why is the world bad?

Are You Emotionally Intelligent?

It’s not just your actions. What you say is also directly linked with emotions. When you say something nice, it will please many hearts. One nasty word from you will trouble so many hearts. People will develop a sense of hatred because they cannot deny what they see and hear.

No matter what you do behind the scenes, what you do in front of people is the only thing that will create negative or positive emotions in their hearts.

Some wounds that are caused by weapons heal quickly, but the wounds done to your heart verbally stay on the soul forever and are never healed. Make sure you are very careful with your mouth. With this one piece of meat between your jaws, you create problems for yourself.

Everything is live. People change their mind every second. You could do good things all your life and just do one bad thing will make people change their mind about you. Be careful. Nobody is your enemy. You yourself are either your friend or enemy. When you become carefree and think, ‘I will do what I want to do,’ you are actually making people hate you. You think you are powerful and you got away with what you said, but people will hate you because you are exposing yourself. If you are incapable of doing any goodness, stay the way you are, but do not fake it.

Do you realise that in the moment in time when you feel a sense of achievement ,somebody in front of you is touching upon the sense of deprivation?

There is a conflict of emotions between you and that person, which will create jealousy.

Day in and day out, we only care about ourselves and we hurt others. When we do this, even our family members are emotionally millions of miles away from our hearts. Sometimes we do it and we are responsible for creating this rift and sometimes they are responsible. How can you have a good relationship when emotionally you are falling apart?

Now is the time for us to be emotionally and spiritually intelligent. We should know what it is that is good for us and what is bad for us.

In order to have a good relationship, you want to make sure that your emotions are aligned and you do what you can to create an emotional bond [with those around you]. When you do not have an emotional bond, how can you have a love bond? It is not just our own emotions – we should also be concerned about the emotions of those who live around us.

Do we care about the effect of what we do and say on the people who live with us? Or the people that we are dealing with in our day-to-day lives? We also must monitor ourselves and ensure that anything we say does not affect anybody’s emotional sanity or cause them to create negative emotions in their hearts.

Error: An access token is required to request this resource.
Type: OAuthException
The Hidden Treasure