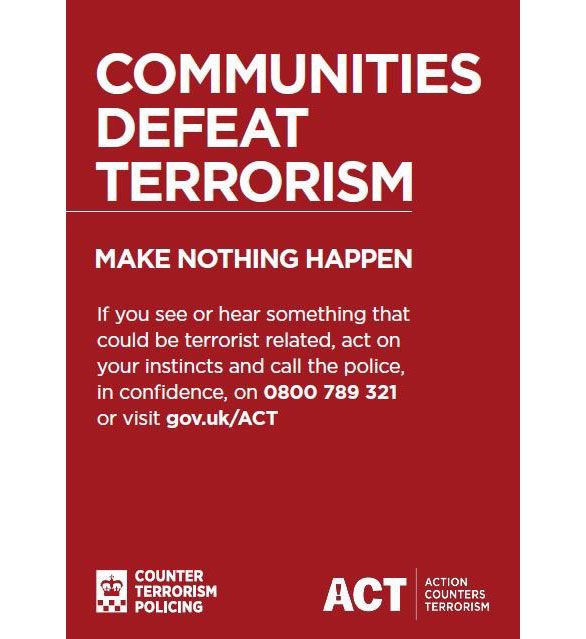 ‘We are civilised people who respect humanity. We cannot be cowed by lunatics who practise the hateful ideology of death.’

Following the horrible terrorist attacks in London, all members of Messiah Foundation UK, Mehdi Foundation UK and Kalki Avatar Foundation are strongly encouraged to report anything relevant to the police by calling 0800 789 321 or by visiting gov.uk/ACT

Together, we can help keep the United Kingdom safe from terrorists. United, we stand against terrorism. We are not afraid.

We Are UNITED Kingdom! | Westminster Attacks 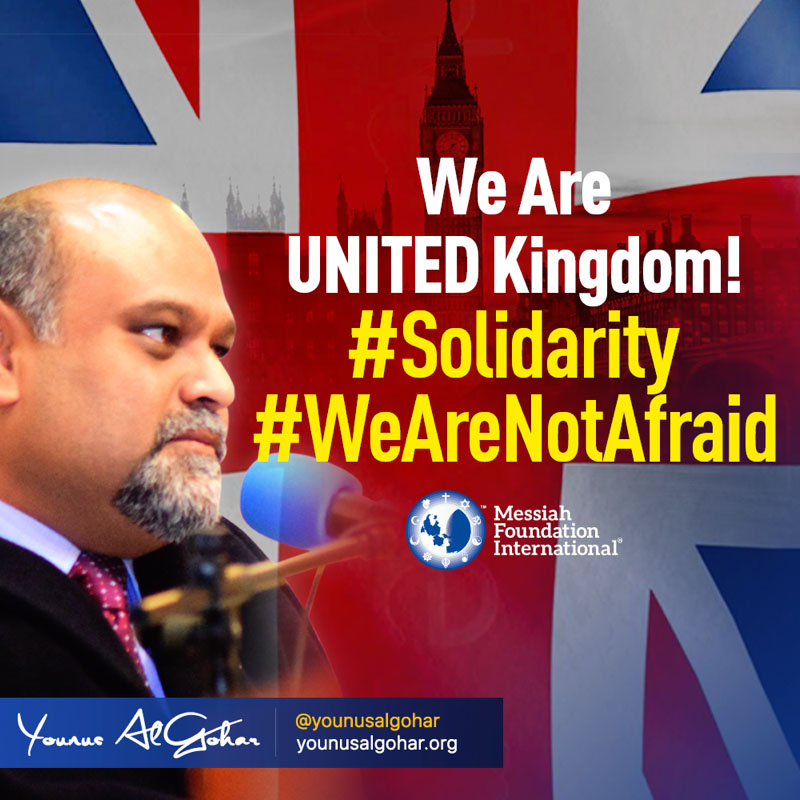 In the wake of the terrorist incidents that took place in London today, we urge all citizens of the United Kingdom to remember that we must stand together against terrorism. Our strength is in our unity!

Learn more about the ideology behind Islamist terrorism in this month’s issue of The True Mehdi: http://joom.ag/pp4W/p14

Younus AlGohar explains what a true Sufi is and how a true Sufi is recognised. He discusses why giving this information to the common public led many fake Sufis and religious clerics to oppose His Divine Eminence Gohar Shahi.

– In order to preserve a religion, you need to spiritualise it. Religion without spirituality becomes a monster. Every religion when the spiritual system within that religion was destroyed, was made subject to great violence in the name of the religion and God. God granted every messenger two types of knowledge. One is knowledge that deals with exterior cleanliness and rituals of the religion. The other knowledge is the core of religion: knowledge which awakens your soul, enlightens your heart and purifies your ego. His Divine Eminence Gohar Shahi declared, ‘The exterior form of knowledge without accompanying the interior knowledge is a great mischief.’

– HDE Gohar Shahi is the super spiritual scientist. HDE Gohar Shahi doesn’t simply tell you what to do; rather, he tells you the consequences and benefits of doing something. He tells you what knowledge will benefit your souls. He is a bold critic on contemporary religious practices all over the world.

– HDE Gohar Shahi explains how to recognise a true Sufi. HDE Gohar Shahi explains that only a thief will recognise a thief and in a similar way, only is a saint is spiritually capable of recognising another another saint of God. Nevertheless, HDE Gohar Shahi gives common people to criteria through which they can test to see if someone is appointed by God. All you need to do is ask your spiritual mentor to initiate your heart into spirituality (grant you Opening of the Spiritual Heart); if he can make your Spiritual Heart engage in remembrance of God, he is a true Sufi.

– In countries like Pakistan, India and Bangladesh, there are many fake Sufis who con innocent people out of their wealth. These are people who claim to be Sufis but they do not have the power to initiate anyone’s heart into spirituality; they have not purified their ego or reached any stage of enlightenment. When HDE Gohar Shahi came, he told people the criteria to recognise a true Sufi so many of these fake Sufis were exposed. His Divine Eminence Gohar Shahi does not advise people to be religious, but rather spiritual. HDE Gohar Shahi’s presence and teachings caused a revolution in the minds and hearts of people; they began to recognise the fake Sufis and ignorant religious clerics for who they really were. HDE Gohar Shahi’s teachings pose a threat to all those who sell the religion and loot unsuspecting people. Therefore, the religious clerics and fake Sufis from all sects in Pakistan united in opposition of HDE Gohar Shahi.

Watch the live recordings of these lectures every day at 22:00 GMT at http://www.younusalgohar.com/

Can’t access this video? Watch it on Daily Motion: http://www.dailymotion.com/mehdifoundation/

Listen to this speech on the go with SoundCloud: https://soundcloud.com/younusalgohar/