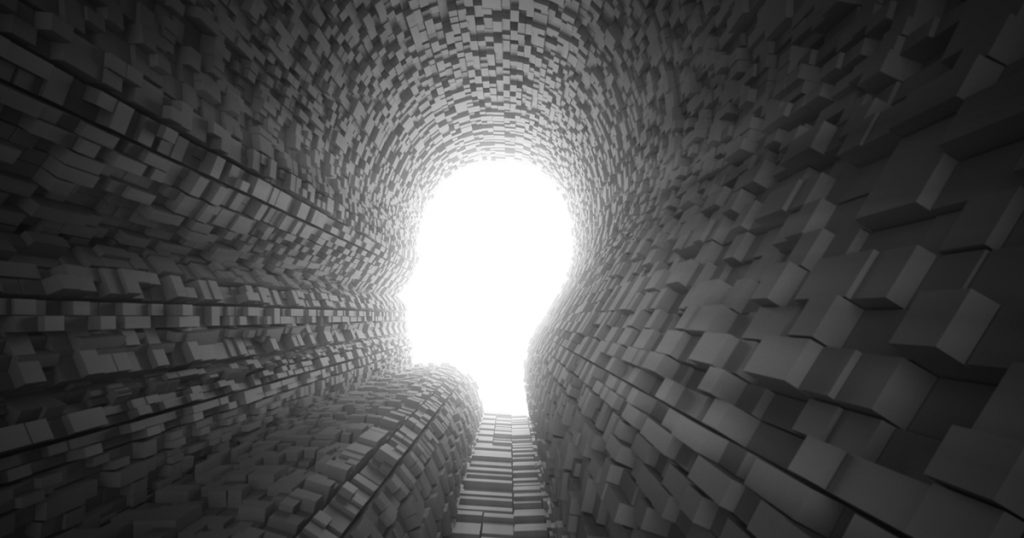 The objective of studying emotional intelligence is to obtain the ability to acquire control over the emotions.

Controlling emotions is very close in meaning to a Sufi term known as ‘Zarf’, which means great endurance.

Endurance is like durability.  For example, there are different kinds of suitcases on the market: Atelier, American Tourister, Samsonite, Delsey, Tommy, Rivera and Rimowa. They are made with different fibres, materials and matter. The most durable material will be sold at the most expensive price. How do we assess the durability? Durability is assessed by applying pressure and power to see how much the material can endure. Some materials that they make suitcases with will break easily while some others are really durable.

If it is a material and it is not easy to break, it is called durability. If it is a human being who can take any amount of pressure, doesn’t crack under pressure and survives, that is called endurance. Durability and endurance are brother and sister, so to speak.

Are Your Prayers Being Answered?

Emotions, when they are overwhelmingly excessive, behave like alcohol.

Some people are so affected by their emotions that if you check their pulse and blood pressure when they are emotionally charged up, the reading will be the same as if they were drunk. Any news – whether it is extremely good or extremely bad – will run shockwaves through their bodies.

Especially in Pakistan, when people go to apply for a visa to a western country, their hearts run like horses. Even if they don’t believe in God, at that moment in time God is very much in demand; he serves as an agent. To some people, the religious stuff works miracles. This is all cogitation. Whether or not God helps you, you have this imagination to hold onto when you believe in God.

We human beings are so ‘good’, we pray to God when we are in adversity. We call upon God when in need. There is a momentary soothing effect when you pray to God, even though you know, deep down in your heart, that God isn’t going to answer. It is just a mind game.

A prayer has a very soothing effect. This is why intelligent people suffer more because they don’t believe in God.

How many people are religious? The majority of people who practise a religion are not from well-to-do families and not opulent. They are those who have to go to the worship places to pray to God for a loaf of bread. Obviously, they will get a loaf of bread from here or there. Someone will come and even if he doesn’t believe in God, he will feel pity for them and give them a loaf of bread. Then the [religious man] will say, ‘Oh look, God heard my prayers. I was hungry; somebody came and fed me.’

This is the pattern of our behaviour. You will never appreciate the efforts of the person who helped you, but thankfulness from you will go to God. Human beings will do us a favour but we will never appreciate their favour. Instead of saying ‘Thank you,’ to the people who help us, we will say, ‘God, you have been so nice to me,’ and God does not know a thing about what is going on.

At the time of adversity, you can control your emotions through prayer, meditation, yoga and various different things. However, some people take the world by storm when they are happy. The way they behave when they’re extraordinarily happy, it is like they’re drunk. They lose their intelligence.

Step 2- Making Use of Emotions

Emotional intelligence is the ability to control and make use of your emotions. Controlling emotions is understandable, but what is making use of emotions?

In the moment when somebody is emotionally charged up and you give him His Divine Eminence Gohar Shahi’s message of love, those emotions will help him understand your mission and message.

When I was in Pakistan, I had a friend and I would tell him about HDE Gohar Shahi every day. He would always turn a deaf ear on me. But then one day, when his father died, we went to the graveyard for the burial. He buried his father and we were sitting there. He was telling me, ‘Everyone has to die one day.’ Then, I told him about HDE Gohar Shahi. I was really shocked: he was listening to me very carefully. I thought he was just winding me up and maybe in another minute he would stand up and say, ‘Look, I made a fool out of you.’ But no, we spent a good one hour there. He was crying and telling me, ‘You’re right.’ Then we went to HDE Gohar Shahi and he was granted Opening of the Spiritual Heart.

I always wondered why he never understood the message before, but after his father died, it was like he was waiting for it. The difference was, when his father died and he was in the graveyard, he was overwhelmed with emotions. You need to see which emotion goes with what message.

God, somehow or other, is attached with suffering, starvation and a sense of deprivation. When you are in the spiritual and emotional vicinity of pain and suffering, then comes the message of God. People are looking for solace and comfort. Nothing is more comforting than something that can secure your future, especially if you are standing in a graveyard.

Now at this stage, controlling your emotions is Step 1. Step 2 is the ability to make use of those emotions. Some people who are evil will obviously make a bad use of your emotions.

You cannot take advantage of somebody’s emotions. You only use it for a good purpose. Making use of emotions is only allowed for the other person’s goodness, not your own goodness. But cunning people do the opposite. When they see somebody is emotional, they will come and sell them a story, fill their own pockets and run away. This is why emotional intelligence is very important in life.

If you have £100 and you see people are starving and suffering, you’ll give it all away in an emotional state. When you come back home, you will only blame yourself. You will say, ‘Why did I do that?’ If you do this in spirituality, it is not allowed. What is not allowed in spirituality? That you were emotionally overwhelmed and saw somebody starving and in need, you gave him or her all your money and when you came home, you now regret it.

It is not allowed in spirituality to do a good thing and regret it later on.

You should measure your goodness and charity and always keep emotional and intellectual intelligence intact.

Sometimes, emotions can really misguide you. Emotions should be intact with intellectualism. If the intellect is separated from emotions, you are in trouble.