The Essentiality of Spirituality in Religion
21st February 2017|Articles 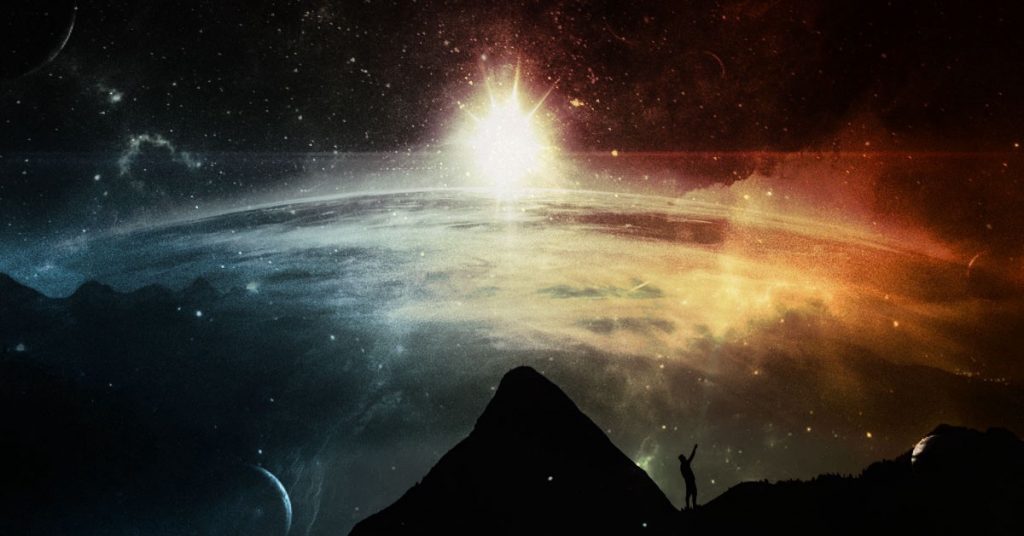 The following is a transcript of Younus AlGohar’s speech, originally posted on his Medium page.

Sufism has been excluded from the mainstream religion of Islam by radical, intolerant and extremist Muslims of contemporary times. Sufism is yet another name for esoteric knowledge (spirituality) that deals in enlightenment, transformation and strengthening of your souls and auxiliary spirits.

It is such a folly for a human being to consider exclusion of spirituality from the religion, as human beings are compound creatures. Neither are we totally ethereal nor totally terrestrial; we are a combination of multiple sources.

In describing human beings, Moula Ali said, ‘O’ man, you perceive yourself to be very small but there in you is the entire universe. Your illness is within you and its remedy also is within you.’

There is everything in a human being. For example, stones, water, fire, wind, trees, leaves, animals, etc. Let’s jump to the angelic realm: we have angels in us and then greater, grand angels (Archangels). We have our own soul and then a potential capacity to accommodate God in us.

A perfect man is one who successfully manages to accommodate God inside him. Without God living in you, you are an incomplete human being.

The world that we are living in today is only for a brief sojourn. It is like a makeshift arrangement. Everybody knows about it, although they don’t care what it means. Where do we go after we die here and what is it that dies in us? Are we left with any other element of life after death, or do we become part of nothingness?

What dies in us is a deceptive form of life; this form of life did not exist before our entry into this world and it will not exist after our departure from this world. The eternal life belongs to your soul.

This is where people go wrong who try to understand His Divine Eminence Lord Ra Riaz Gohar Shahi and his teachings without the concept of spirituality. Spirituality is real knowledge; spirituality is what you really need, which is why HDE Gohar Shahi has laid an enormous amount of emphasis on acquiring spiritual expertise. This is the type of knowledge that will benefit you after your departure from this deceptive world.

There is another scenario quite common in this world today: people live a religious life as a Christian, Hindu, Sikh, Muslim, Jew etc. They spend most of their time in the worship places. They do every good thing stated in the Bible, Koran and Torah, but when they actually die, their souls are dormant. Their souls are naïve to God and enlightenment. When they go back into the world of spirits, they are as blank as they were when they were sent into this world. Their purpose is lost.

In the end, individuals whose focus is on outward religiosity are going to be suffering. They will be in possession of nothing. They will not be treated either as a true follower of Moses, Jesus or Prophet Mohammad [by God].

Your purpose upon entry into this world is to enlighten your soul and give it the nourishment of God’s light. With the strength of God’s light, you are given to perform a spiritual journey to arrive at your destiny, which has been recorded in the book of your fate.

Since you are spending your time in mosques, churches, temples and synagogues without realising you are not doing enough to awaken your soul, [your time spent is] wasted. This is why His Divine Eminence Gohar Shahi has laid all the emphasis on enlightenment of the soul.

Without enlightenment of the soul, you are naïve to the most sacred and most ancient emotion of God: love. You cannot comprehend the manifestation of true love because your soul is dormant and you are not using the inner faculties of life.

This knowledge of spirituality was the base in every religion and the core of every religion. It began with the introduction of a new and the last Adam (Adam the Eminent One) from God.

Every time a Grand Messenger was sent by God into this world, he was equipped with both types of knowledge: outward and inner. Each Grand Messenger was very open to talk about the outward knowledge; however, there were some hurdles or perhaps some unspoken spiritual incapacity of the people he was sent into [due to which he didn’t boldly speak about spirituality].

In the first era of every Grand Messenger, most people did suffer from the disease of spiritual incapacity. They didn’t possess the power of comprehension of such obscure knowledge. This happened every time every Grand Messenger was sent. Some Grand Messengers spent all their time in trying to establish their religion. For example, when Moses went to Mount of Sinai to speak to God, upon his return, [people] reverted to their previous religion; they made a gold cow and [started worshipping] it again. So the Grand Messengers were kept busy; they didn’t have enough time to explain to their followers what spirituality was. Nevertheless, with the time they had — in whatever era they were appointed by God — they broke the ice. They took a couple of disciples in their confidence and told them about the spiritual knowledge.

When we talk about spirituality in Islam, it is known as Sufism and when we talk about spirituality in Judaism, it is called Kabbalah. Kabbalah and Sufism are the same. The difference that you will see will be intensity. Some missiles have a range of 5000 kilometres while some others have a range of 10 000 kilometres. Similarly, Kabbalah is the science of spirituality; however, the aspect of being able to see God is missing because that knowledge had not been revealed when Judaism was established. Later on, the knowledge of seeing God was revealed upon the heart of Prophet Mohammad.