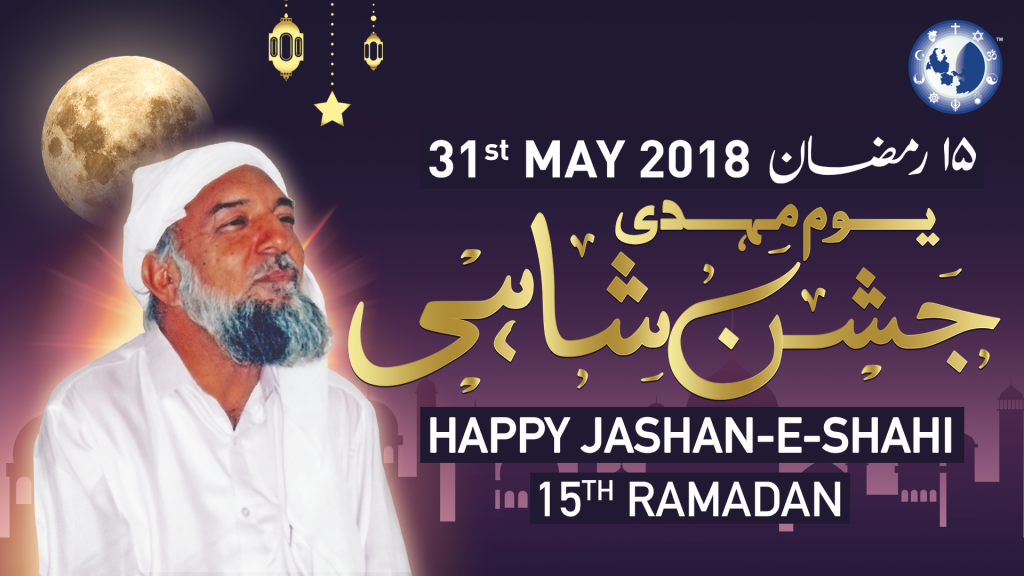 An excerpt from The Religion of God (Divine Love) about Jashan-e-Shahi and why it is celebrated:

On the 15th of Ramadan 1977, a series of unique secretive conversations (Ilhaamat or inspiration) with God also began. The promise of ‘Radhiya Mardhiya’ (‘Your will is my will, my will is your will’) took place and rank was also granted. Since every rank (martaba) and ascension (meraaj) is related to the 15th of Ramadan, this is why in order to express feelings of happiness and thanksgiving, Jashan-e-Shahi is celebrated every year.

In the year 1978, His Divine Eminence moved to Hyderabad, Sindh, and began to shower the grace of divine guidance on mankind, and in a short span of time, His spiritual grace spread throughout the world. The hearts of millions of people were revived with God’s remembrance. God’s name, ‘Allah’ was imprinted on the hearts of millions of people, and they witnessed it on their hearts. Hundreds of thousands of people acquired access to Kashf Al Qaboor (the ability to speak to the subtlety of Nafs of the departed Saints) and Kashf Al Hudhoor (access to the court of Mohammad). His Divine Eminence has cured millions of people with terminal diseases. After having received the teachings and guidance from His Divine Eminence Gohar Shahi, people from every religion, every nationality, and every race acquired the love of God, and began to reach the Essence of God.